How to be a lane timer

Service hours are required of every family with swimmers on the Swim Team. Being a lane timer at Dad’s Club swim meets is one of the primary ways you can fulfill your service hours.

Your job as a timer is to be a reliable backup of the electronic timing system. Swim meet officials need to fall back on manual times occasionally, such as when a touchpad malfunctions. There are several layers of backup, so it is rare for a swimmer to not get credited with an official time. This also allows you to be more relaxed and enjoy your time in the middle of all the action! Come dressed appropriately, as you will get wet! 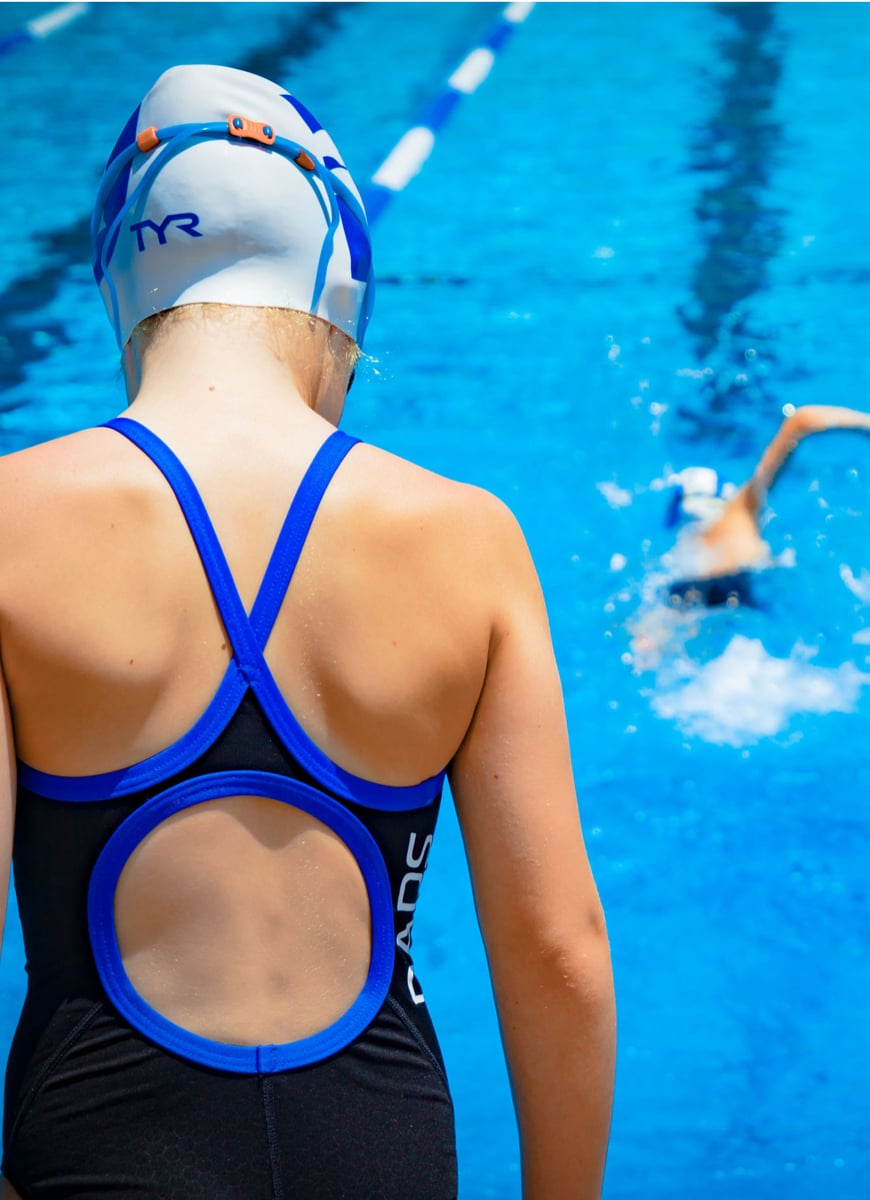 Starting Your Shift: If your shift starts at the beginning of the session, be in your chair 5-10 minutes early so that the meet director knows the session can be started on schedule.

In most cases, you will share timing duties with a second timer assigned to your lane. Each of you will be issued with a stopwatch, and there will be one clipboard to record the swimmers' times.

Preparing to Start: In most meets, one of you, typically the timer without the clipboard, also needs to record the final touch (but not the start) with a plunger. The plunger is a simple push button at the end of a cable connected to the electronic timing system.

Prior to the first heat, familiarize yourself with the stopwatch and make sure it is ready for the first start. In particular, know which button starts, stops and clears (resets) the watch. If in doubt, ask for help from another timer or from the head timer, who should be standing near the start officials and armed with a couple of replacement watches.

Before the race, you should be sitting or standing far enough back so you do not distract the starter or swimmer. Verify that the correct swimmer is at the blocks, e.g., by looking at their swim caps or by asking. If nobody seems ready, look around and call out their name, especially for younger swimmers. Officials will not wait!

At the Start: At the start, focus on the strobe light and start your watch on that signal, rather than starting on sound.

During Swim: Once each heat has started, check to be sure your watch is running. If it is not, or you think you started late, signal the Head Timer by raising your hand with the watch showing. He/she will come to you and replace your watch with a running one, which you will then use to record the final touch with.

Keep count of the laps so you don't miss the final touch. You can look at the seed times on your clipboard to get an idea where the swimmer is in the race.

Be at the edge of the pool when your swimmer approaches the finish. You must be looking down over the edge to see an underwater touch. Expect to get wet! Stop your watch and/or button when any part of the swimmer’s body touches the wall.

Recording Times: Times should always be recorded to the hundredths of a second (two decimal places) and in the same order for each heat. If there is no one in the lane, record “No Swimmer” as N/S.

Keep the swimmers behind the chairs unless they are entering or exiting the pool. The touchpads are sensitive and will record if the swimmers stand on the edge.

After the last heat of an event, runners will come by to collect the recorded times. They may also give you new sheets for upcoming events. Add those in the correct order and verify that the sheets correspond to your lane.